The 11th figure became a source of much interest during the 19th century. The shrine was observed and sketched by the artist and archaeologist William Petrie around 1821; however, when it was put on display at the Dublin Exhibition in 1853, there were only ten figures remaining! In the year 1869 a figure that resembles George Petrie’s diary sketch was found in the possession of Mr. Robert Day, a well known Cork collector. It was returned to the shrine and attached to the right hand side of the front plate, where it remains to this day.

Lost and Found: the eleventh figure on St Manchan’s Shrine 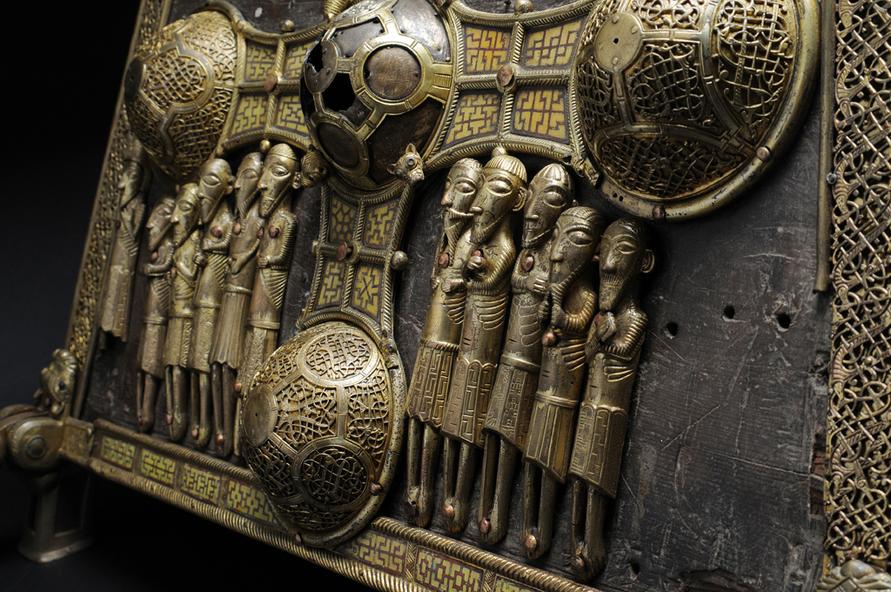 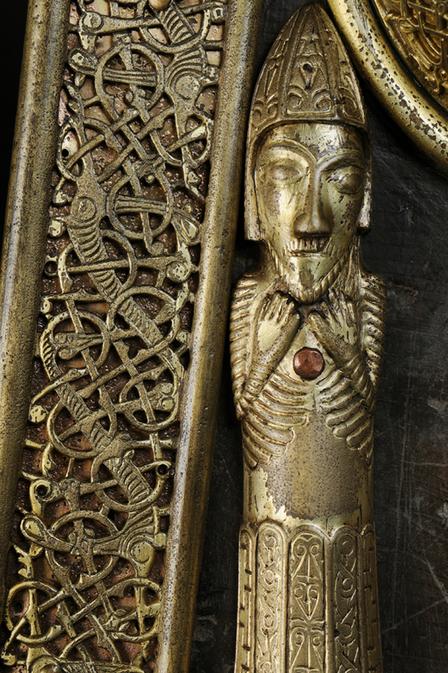