Please visit our Fund:it Campaign to purchase a copy of this icon. 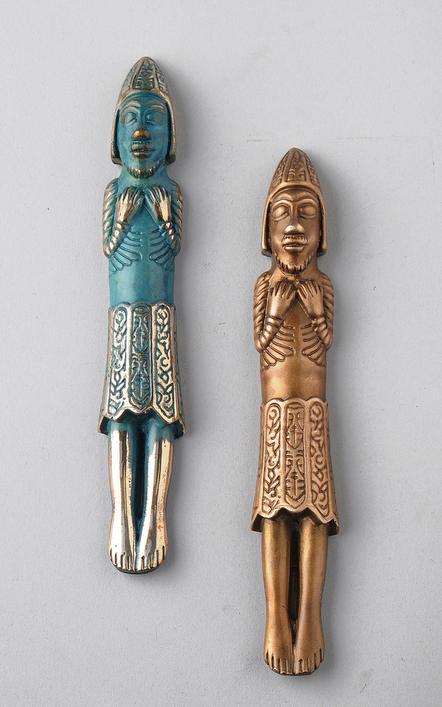 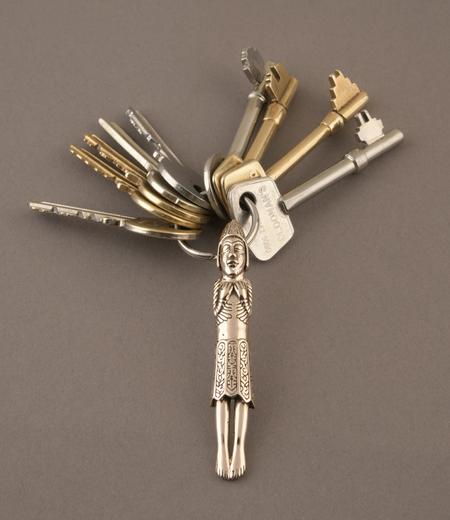 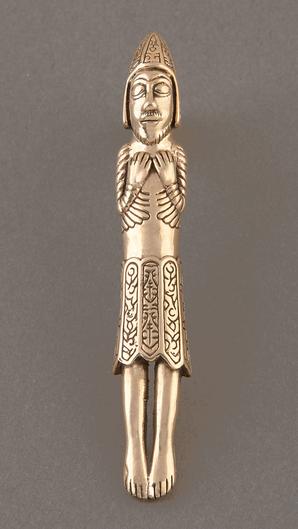 The 11th figure became a source of much interest during the 19th century. The shrine was observed and sketched by the artist and archaeologist William Petrie around 1821; however, when it was put on display at the Dublin Exhibition in 1853, there were only ten figures remaining! In the year 1869 a figure that resembles George Petrie’s diary sketch was found in the possession of Mr. Robert Day, a well known Cork collector. It was returned to the shrine and attached to the right hand side of the front plate, where it remains to this day.

Master silversmith Kevin O’Dwyer has studied the shrine over the past twenty years and has reconstructed the 11th figure using the same techniques and skills that the 12th century craftsmen used in the creation of the shrine. Kevin’s workshop, where the figures are made, is located close to Saint Manchan’s Shrine and Clonmacnoise monastery thus carrying on the metalsmithing tradition in the area. The figure is available in bronze or sterling silver.