Saint Manchan and his Cow

Internationally renowned stained glass artist and illustrator Harry Clarke was born in Dublin on March 17th, 1889. At age 14 he left Belvedere College to apprentice in the stained glass studio at his father’s church decorating business on North Frederick Street. During his late teens Harry studied stained glass at the Dublin Metropolitan School of Art and won three consecutive gold medals at National competitions. Harry began to work on his own commissions while working at his father’s studio and in 1915 he created the first of nine stained glass windows for the Honan Chapel, Cork University.

Clarkes stained glass was synonymous with quality craftsmanship, imaginative illustrations and a deep rich colour palette. During the 1920’s his reputation soared internationally and commissions from churches and patrons in Ireland, England, the United States and as far as Brisbane, Australia were executed.

Harry Clarke created over 130 original stained glass windows during his lifetime. His book illustrations for London publishers Harrap include the Tales of Mystery and Imagination by Edgar Allan Poe (1919), The Year’s at the Spring (1920) and Fairy Tales by Hans Christian Andersen (1916).

In 1929 Harry was diagnosed as suffering from tuberculosis. On January 6th, 1931, he died in Coire, Switzerland at the age of 41. During his illness in 1930, the firm was renamed Harry Clarke Stained Glass Ltd. and continued to create stained glass in the style and quality of the original artists work until 1973.

In 1930, St. Manchan’s Church in Boher, County Offaly commissioned five unique stained glass windows from Harry Clarke. The design and installation were carried out by Harry Clarke Stained Glass Ltd. Cecil Simmonds, the studio manager, is attributed with the design of the windows for the church. The commission was carried out at a cost of approximately £330.

Saint Manchan and his Cow

Saint Manchan's Shrine  on the altar of Boher Church 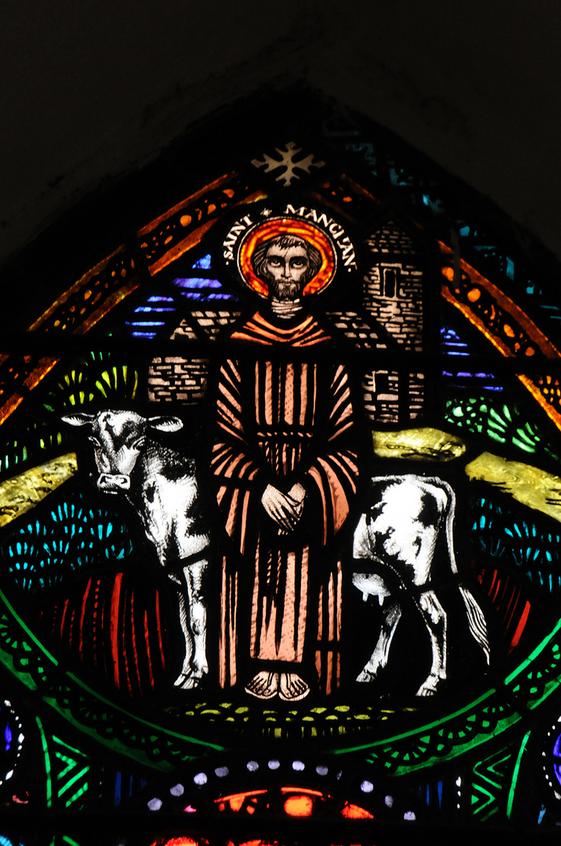 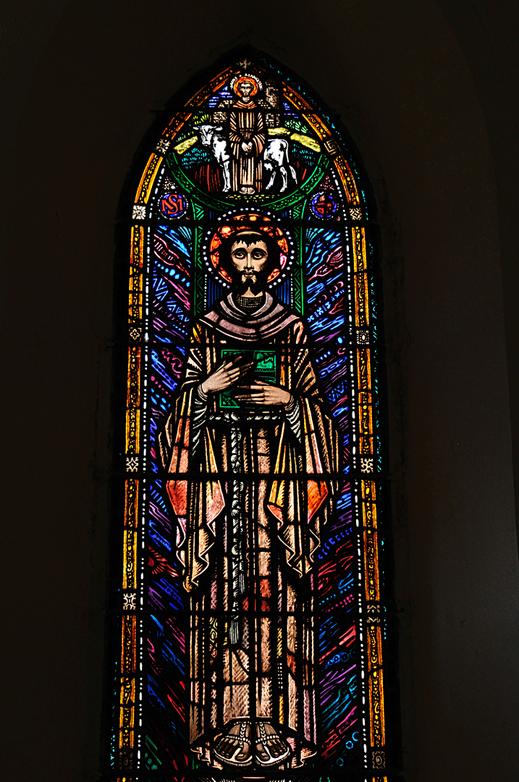 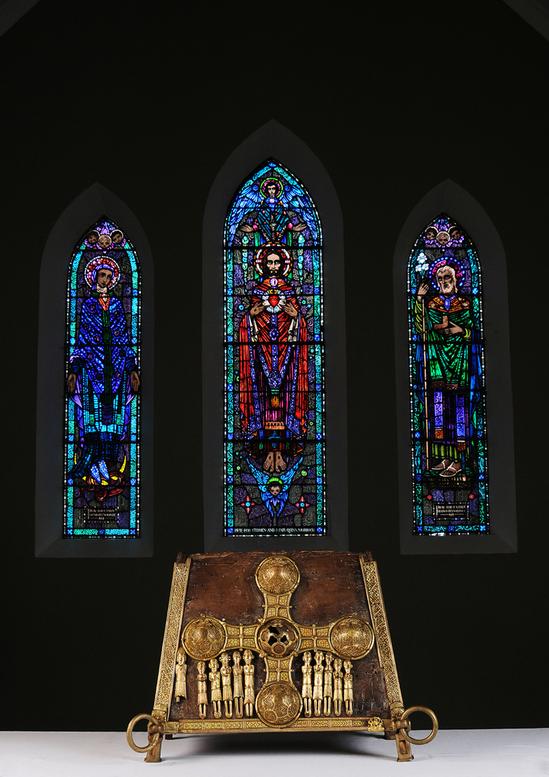 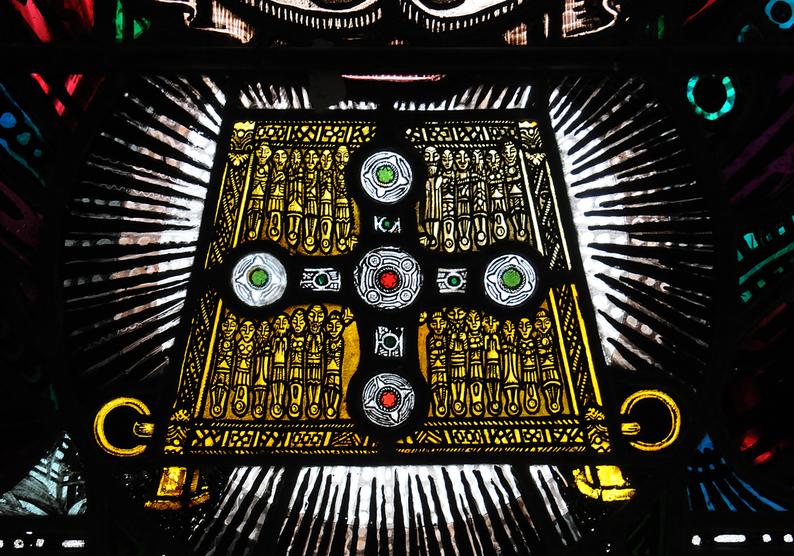