The early medieval monastic complex of Lemanaghan consists of a principal church site that is connected to a smaller church by a roadway. In addition to this, there is a holy well, two bullaun stones, and a collection of at least a dozen early grave slabs. Dating from the later medieval period, is the chancel of the main church, traces of an additional building known as St Manchan’s house, an adjacent castle site to the north-west, as well as further sculpture. Today the core area of the monastery is occupied by the ruins of two medieval buildings, St Manchan’s church and St Manchan’s house, which are surrounded by the modern graveyard. These two buildings are relatively late in the history of Lemanaghan, which had probably ceased to function as a monastery in the thirteenth century when it became a parish church. The last recorded abbot was ‘Gillebrenyn O’Bichollye’ [Ó Buachalla], who died in 1205. Members of the Ó Buachalla, or Buckley, family filled the role of parish priest at Lemanaghan in the fourteenth and fifteenth centuries and the same family have been associated with the shrine down to recent times. On this basis, it seems likely that the Buckleys were the main holders of office at the monastery during the early medieval period, when such positions tended to be dominated by particular families.

The main church at Lemanaghan is principally Romanesque and features rounded windows in its southern wall and the remains of a partially destroyed ornamented doorway in its west gable. The doorway may be compared with the larger west doorway of the cathedral at Clonmacnoise and both have been dated to the end of the twelfth century. The church was extended to the east around the fifteenth or early sixteenth century and some of the surviving sculpture indicates that the site enjoyed somewhat of a renaissance then. Immediately north-west of the church are the scant remains of St Manchan’s house, a smaller square-shaped building also dated to the later medieval period. Its original function is unclear and today it largely survives as wall footings, but it may have been a priest’s house, as suggested by Rachel Moss.

At least twelve early medieval grave slabs have been found in the graveyard, some of which carry inscriptions in Irish. Most appear to date from the tenth and eleventh centuries, while some are now missing, having been first recorded in the nineteenth century. There is a rectangular-shaped stone in the graveyard that is very beautifully carved on one side with a design that incorporates a series of spirals within a fret pattern. It has stylistic links with the ornament on some of the Irish high crosses, including that at Tihilly, Co. Offaly, as noted by Kevin O’Dwyer. Likely to be early tenth century in date, I suggest that this stone may have either formed part of an altar, or, alternatively, formed part of a stone shrine; both possibilities being highly significant.

South-east of the church and outside the modern graveyard wall is St Manchan’s well, which is still visited by pilgrims. Near the well is a bullaun stone, while a second bullaun is located on the other side of the graveyard, next to the main road. The original function of bullauns is debated, but they are early medieval in date and feature mortar-like depressions, as if they were used for grinding. Adjacent to the well is the roadway that connects the site of the main monastery with St Mella’s church. It is stone flagged, just under 4 m wide, around 350 m long, and is likely to be early medieval in origin. St Mella’s church, is a small stone church of tenth or eleventh century date. It is south-east of the main complex and is located at the centre of a large rectangular enclosure built of earth and stone, which may be contemporary with the church. St Mella is recorded as the mother of St Manchan and Tomás Ó Carragáin has convincingly argued that this subsidiary site, with its own enclosure, was an attached early medieval nunnery.

Most of the buildings of the early medieval monastery, including its original main church, would have been built of timber, which is why they no longer survive. These would have originally been contained within a subcircular enclosure, or vallum, marking the boundaries of the sacred monastic space.  While the enclosure of the main monastery has now disappeared, its existence may have been discovered through geophysical survey work carried out in the neighbouring fields to the north-east and south-west of the graveyard by Paul Gibson and Dorothy George in 2004. Their work revealed a curved, or arced, feature running across both fields, which may be the subsurface remains of a former bank. If this represents part of the monastic vallum, then it would have enclosed a massive area, approximately 225 m in diameter, far larger than the area defined by the present graveyard wall. This monastic boundary would have enclosed the holy well and probably also the site of the later castle. I would further suggest that the boundary of the vallum may also have been marked by two large stones that were formerly located around the midpoint on the roadway to St Mella’s church.

The castle, or tower house, was built by the Mac Coghlans in the fifteenth or early sixteenth century, approximately 85 m north-west of the church, on the opposite side of the modern road. Only fragmentary remains survive, having unfortunately been demolished in 1959. The Mac Coghlans, as local kings and later Gaelic lords of Devlin, were closely associated with Lemanaghan since the early medieval period. For example, in 1039 Lemanaghan was raided by the Uí Maine of south Connacht as an act of retribution against the Mac Coghlans. The Annals of Clonmacnoise record that:

Leithmanchan [Lemanaghan] was preyed & spoyled by these of Imanie [Uí Maine] in revenge of the falling out between those of Imanie and these of Devlin [Mac Coghlan] in Clonvickenos [Clonmacnoise] before. 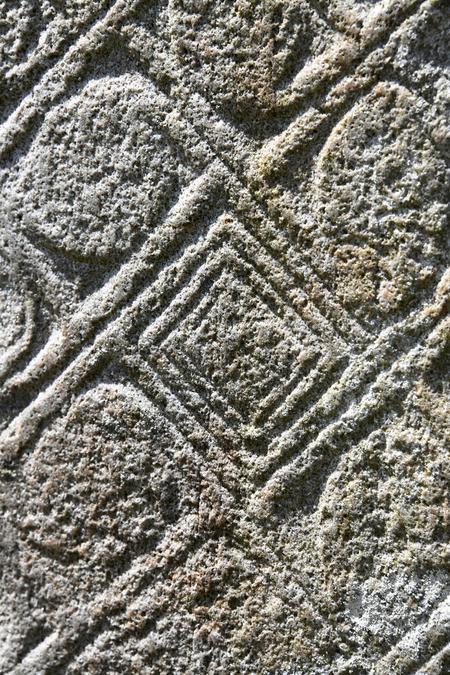 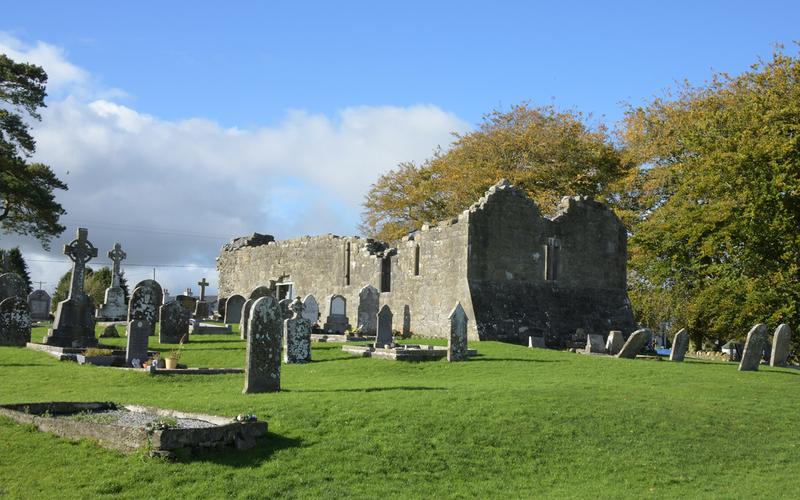